Review (freely) translated into english:
“With consistency, elegance and a discretion owing both to his temperament and a certain negligence towards the media, the Dane Mike Andersen is creating a body of work that is distinguished by its quality and his instinct for renewal. Never wanting to repeat himself, each of his albums – this one is his 9th – adopts an aesthetic different from its predecessors, while remaining faithful to the American roots music which constitutes its cultural main ground.
The older he gets, the more touching and true his music sounds, stripped of any superfluous elements. Undoubtedly because at 44 years old, the singer is beginning to take stock of his life and career… A soft melancholy emanates from these ten mostly mid-tempo and acoustic pieces, mixed with lightning bolts of electric guitar, haunted choirs or translucid keyboards. But Andersen doesn’t doesn’t suffer from neurasthenic sadness. Anger often arises in him, as in the vehement opening title, Slamming the Door, or in the accusatory Because of you. His favorite themes – betrayal, regret, thirst for freedom – are carried by compositions that evolve halfway between blues, folk and dark country, allowing themselves a few successful escapes into swamp rock territories (the tremolo-drenched groove of I can dance) or rhythm & blues (the frenzied Raise your hand).
Perfectly performed by musicians who have followed him with devotion for 10 years, both on stage and in the studio, this album displays a chiaroscuro, deeply authentic charm, and turns out a little more endearing with each listen.”

The band and I (and a lot of other amazing people) put our hearts and souls into this album.
We are so excited to finally share with you all!
Love, M

Pre-order your signed copy of ‘Raise Your Hand’ now.

Mike Andersen opens up his 9th album with a bang: an autobiographical song, ‘Slamming The Door’. A humorous piece about being aware of what kind of person you want to become, both in music and in life before you actually end up slamming a door you should have left open.

“I’ve been writing sad songs for so long, and then it struck me: The only way to survive emotionally in these turbulent times is to embrace the chaos we’ve been thrown into and accept the fact that, Yes, we all get messed up sometimes but that’s ok. We can face this together.”
It was out of this, that the title song ‘Raise your Hand’ was born. The sound of this song is different from the rest of the album, being more old school with upright bass and horns – it’s different from we’ve been accustomed to hearing from Mike and the band.

The rest of the album moves effortlessly through the myriad of genres we know from earlier Mike Andersen Band albums: A personal mix of the blues and soul music Mike fell in love with at an early age, but without the tyranny of “genre dogma”. Mike and the band demonstrate increasing inspiration from today’s music.

With these 10 new original songs, Mike Andersen (at the ripe age of 44) takes us through the life stories of a man who has made it halfway.

From the tale of a guy who is so beaten by life’s hardships, that he fears he may not be able to get up again after another bout; to a song about those days when good energy streams through our bodies and makes even the most hopeless dancer jump on the dance floor and dance like he’s never done anything else.
From the paradox of a coffee date at midnight to magical moments when we break free from our worries and concerns to the “murder ballad” of a man who fantasizes about emptying both barrels of a shotgun into the man his loved one betrayed him with.

Mike Andersen, in combining his characteristic voice and intense guitar phrasing with, and not the least, the fantastic band he’s had on the road for more than ten years, has created an album of natural practiced elegance. To capture such raw emotion and authenticity, the album was recorded ‘live in the studio’ on analog tape.

‘Raise Your Hand’ entered the Danish Vinyl Top40 in it’s first week as #12. It’s has stayed in the chart for four weeks now, and is currently #9.

I co-wrote this song with my buddy, the guitar legend, Billy Cross. Billy said to me at some point, with a gleam in his eye: “Mike, you know, it’s actually possible to write songs about other stuff than sad love and depression”. I told Billy, “well…you gotta help me write one then.”Same afternoon we wrote this song together. The song is about letting go off all worries, even if it’s only for a while, and allowing yourself to feel FREE!

Billy plays the slide guitar on the recording.

Check out the song, and have an amazing weekend everyone!

Friday night, radiohost Tim Schauen, aired an hour long solo “radio concert” I recorded all alone in my homestudio for Deutschlandfunk. The recording/radioshow will be available for a moth from this link!

Today we release third single (and title track) from our upcoming album, RAISE YOUR HAND.

Link to the song: https://MikeAndersen.lnk.to/Raise

I been writing so many sad songs lately, reflecting the difficulties we’re all experiencing these days, until I realized: The best way to survive this emotionally, is to embrace the chaos!

And hey…we’re in this together!

So if you recognize yourself anywhere in this song…let me see you RAISE YOUR HAND!

We went real old-school on this one…I hope you dig it, and turn up the volume!

NEXT TIME YOU CALL – LIVE SESSION

Next Friday we’re releasing the title song from our upcoming album, RAISE YOUR HAND!

Back in 2016 I had the pleasure of spending some time with the amazing Joss Stone on a sunny day in Copenhagen.

On Joss’ Total World Tour, she met with an artist in each country and sang a song in that country’s language.

I was fortunate to be that artist, when Joss’ tour brought her to Denmark.

Joss Stone is the sweetest and warmest woman you can imagine, and of course, as you all know, an absolutely amazing singer.
I still remember the goosebumps I got, sitting this close to her voice!

In three weeks from now, we’re releasing the title-song from our upcoming album, RAISE YOUR HAND! ..and hopefully we’ll soon be back the road

To warm up, we recorded a live session with first-take versions of the two previous singles, and of course the upcoming ´Raise Your Hand’.

We’ll post one song every friday until the single release, starting today with ‘SLAMMING THE DOOR’.

ENJOY YOUR WEEKEND EVERYONE AND SEE YOU SOON!

Check out the brand new music video for SLAMMING THE DOOR created by Lasse Frisk!

Available on all streaming platforms: https://mikeandersen.lnk.to/Door

SWR1 filmed our concert at the 40. Lahnsteiner Bluesfestival. The show is now available on YouTube.

LIVE AT THE BEAUTIFUL VICTORIATEATERN

BACK ON THE ROAD

We’re so happy to be back on the road doing what we love, -playing live music for real people!

Hope to see you out there!

Did you check out our latest single?
Next Time You Call is available on all digital platforms https://mikeandersen.lnk.to/Time

Today I made an acoustic one-man version of the song in my home studio.
This is where I spend most of my time these days, and this is also where I wrote the song.

Single OUT NOW on all digital platforms!

Looking forward to seeing you all on the other side of these surreal times!

Stay safe out there!

Our show at the Speicher in Husum(DE) is unfortunately cancelled due to Coronavirus.

But we’ll be back!

Tickets can be returned for a refund where originally purchased.

‘NEXT TIME YOU CALL’

Listen to the song here: https://MikeAndersen.lnk.to/Time

After focusing on the acoustic solo album, ONE MILLION MILES, and touring heavily as a solo artist throughout 2019, Mike Andersen
is now back with his band.

A full album is scheduled for release in October 2020.

NEW SINGLE OUT NEXT FRIDAY!

It was around the release of my acoustic album, One Million Miles, and I played three solo concerts in Romania, arranged by my friend, Andrei Popa / European Blues Radio

This video is from my night at the Snobbish Burger in Bacau.

Snobbish Burger is of the coolest and coziest places I’ve ever been at. A mix of art, music, quality food, and the warmest people you’ll ever find, make this place truly unique!

I hope I get the chance to come back!

Tak til Side 33 for at placere ONE MILLION MILES på deres liste over årets bedste vinyl ugivelser?

Glæder mig til det her!

I’m looking forward to bringing the songs from the ONE MILLION MILES album to te SAXONY region!

NO TIME TO SLOW DOWN 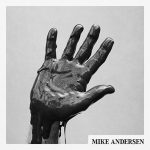 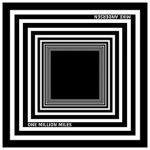 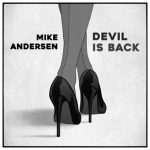 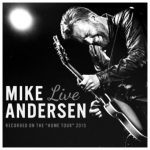 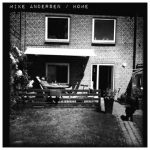 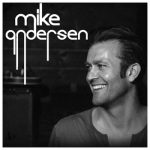 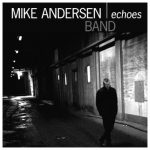 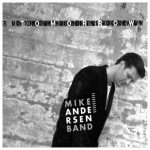 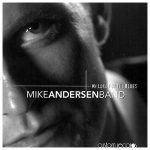